Shot from over 150 camera angles, including spectacular helicopter footage, HELL ON EARTH V has a running time of over 2 hours and includes the Viking Encore set from MANOWAR's 2007 "Demons, Dragons and Warriors" tour, full-length versions of "Sons Of Odin", "Glory, Majesty, Unity", "Gods Of War" and many others, and highlights from the United States, Canada, Czech Republic, Germany, Spain, Turkey and other countries.

HELL ON EARTH V is now available as rental and download-to-own on iTUNES stores around the world, including territories where the DVD was never available.
You will find the program under 'movies' 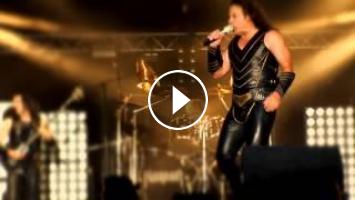