Def Leppard - a Day of Hysteria On Axs Tv

Added 6 years ago by admin
665 Views
Def Leppard takes over the AXS TV network on 29 December at 8 p.m. ET/ 5 p.m. PT providing exclusive commentary throughout the day's 12 hours of concerts, including the broadcast premiere of the DEF LEPPARD: VIVA! HYSTERIA concert.

Fans will be able to watch VIVA! Hysteria for the first time on broadcast TV. and hear firsthand from Sav, Joe, Rick, Phil Collen, Vivian Campbell, as they provide behind-the-scenes commentary about their Hysteria album in custom interstitial wraps throughout the marathon.

Def Leppard - a Day of Hysteria On Axs Tv 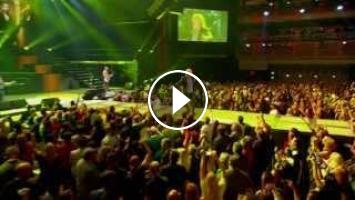