Added 5 years ago by admin
1,375 Views
David Shankle & All Members Manowar Battle Hymn-Live @ Earthshaker fest 2005 .David Shankle, "The Shred Demon", of Chicago, IL is one of the most respected and talented COMPOSER GUITARISTS MASTER SUPER SHREDDER shredding up the metal scene today. To all MANOWAR and DSG fans, he is one of the top 10 shredders and fastest guitarists in the world. He is well known for playing 7 string over-the-neck scales and arpeggios, string skipping, and a master of many guitar techniques. HE IS KNOWN TO PLAY OVER-THE-NECK GUITAR FASTER THAN MOST GUYS PLAY NORMALLY. David was a member of MANOWAR from 1988 to 1994, playing on the epic, certified-platinum album "The Triumph Of Steel" and co-writing 4 songs including "Master Of The Wind", "The Burning", "Ride the Dragon", and "Demon's Whip".

After setting out on his own, David attended Roosevelt Music University in Chicago to improve his jazz and classical guitar skills. Check out his signature over the neck style of guitar playing in the video for "Ashes To Ashes" and on the songs "The Glory of Achilles", "Metal Warriors" and "Battle Hymn" on the "The Day The Earth Shook: The Absolute Power" DVD, featuring MANOWAR members past and present performing at Earthshaker Fest 2005. Having refined and nearly perfected his craft, David brings years of experience and hard work to the table with the DSG/DAVID SHANKLE GROUP. HOUSE OF HOLLAND.

David Shankle has played in front of some of the biggest rock and metal crowds all over the world, including 70,000+ people at Earthshaker Fest 2005 and 40,000+ people with his band DSG at the First Annual Magic Circle Festival in 2007.


David would like to thank the new members of the DSG band:
Warren Halvarson (vocals), Gabriel Anthony (drums)and Mike Dooley (bass).
We would also like to thank Jay Walsh at Farview Recording, John Pettigrass (acting Manager) and MAGIC CIRCLE MUSIC. 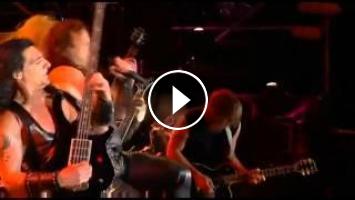 David Shankle & All Members Manowar Battle Hymn-Live @ Earthshaker fest 2005 .David Shankle, "The Shred Demon", of Chicago, IL is one of the...