Dream Theater"s John Petrucci commented on the special event saying, "In many ways, this was a huge homecoming for the band given the history of Dream Theater"s origins and ties with Berklee. With John and I both being alumni and Mike having been a professor at the college for 10 years, we saw the opportunity to perform together with the students of Berklee as a tremendous thrill and honor. We are extremely grateful for everyone's hard work in making this special event a reality and to all who participated." He continued, "All of the Berklee College instrumentalists and vocalists did an outstanding job that night and it was awesome to have one of its students, Eren Babu orchestrate and conduct them live at the Opera House after having been a part of our latest studio release in the same capacity. Dream Theater has always had a great connection to the city of Boston and we knew that against the backdrop of the beautiful Opera House, this would end up being a historic stop on our 'Along For The Ride' world tour and an evening most definitely worth capturing on video. Beautifully filmed and directed by Pierre Lamoureux and brilliantly mixed and mastered by Richard Chycki, this is in my opinion, a major highlight in our nearly 30 year career as a band. We are eagerly anticipating its release this fall and really hope that everyone enjoys it!"

This past year DREAM THEATER earned a second Grammy nomination for "Best Metal Performance" for the single "The Enemy Inside" from their current self-titled worldwide smash album (released September 24, 2013 on Roadrunner Records). "DREAM THEATER" made a spectacular debut this past fall, topping Billboard"s "Hard Rock Albums" chart while simultaneously entering at #7on the overallBillboard 200. The extraordinary chart position marked the group"s third consecutive top 10 debut, and also saw "DREAM THEATER" making top 5 chart debuts in Japan, Germany, Italy, Canada, Argentina, Switzerland, Holland, and Finland, as well as top 10 debuts in Denmark, Austria, and Norway, with career high debuts in the United Kingdom and Australia. The band recently announced new tour dates which will see them bring their spectacular live show to South America, Asia and Australia later this fall. 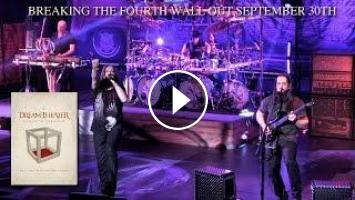