"In Memory of Glenn Frey " the Eagles Hotel California

Hotel California lyrics by Glenn Frey , it is timeless, one of the best !
Frey met drummer Don Henley in 1970. When Linda Ronstadt needed a backup band for a single gig, she hired Frey, Don Henley, Randy Meisner and Bernie Leadon on the advice of her boyfriend J.D. Souther. Frey and Henley later joined Linda Ronstadt's backup band for her 1971 summer tour. Afterwards, Frey, Henley, Meisner and Leadon formed the Eagles, with Frey playing guitar and keyboards and Henley playing drums.

"In Memory of Glenn Frey " the Eagles Hotel California 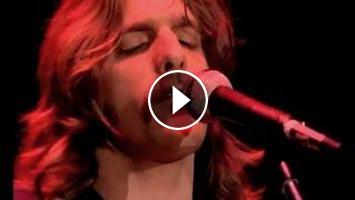