The databank knows my number
Says I gotta pay cause I made the grade last year
Feel it when I turn the screw
Kicks you round the world, there ain't a thing that it can't do
Do to you

Who made who, who turned the screw?

Satellites send me picture
Get it in the eye, take it to the world (take it to the wire)
Spinning like a dynamo
Feel it going round and round
Running out of chips, you got no line in an 8-bit town
So don't look down, no


Ain't nobody told you, who made who? 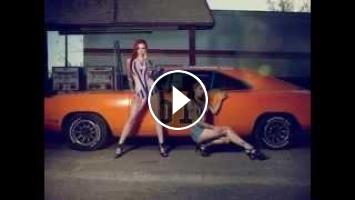 The video game says "Play me" Face it on a level but it takes you every time on a one on one Feeling running down your spine Nothing gonna s...