VACATION 2015 The Bladerunner Radio Review (Critics can Suck It Version) 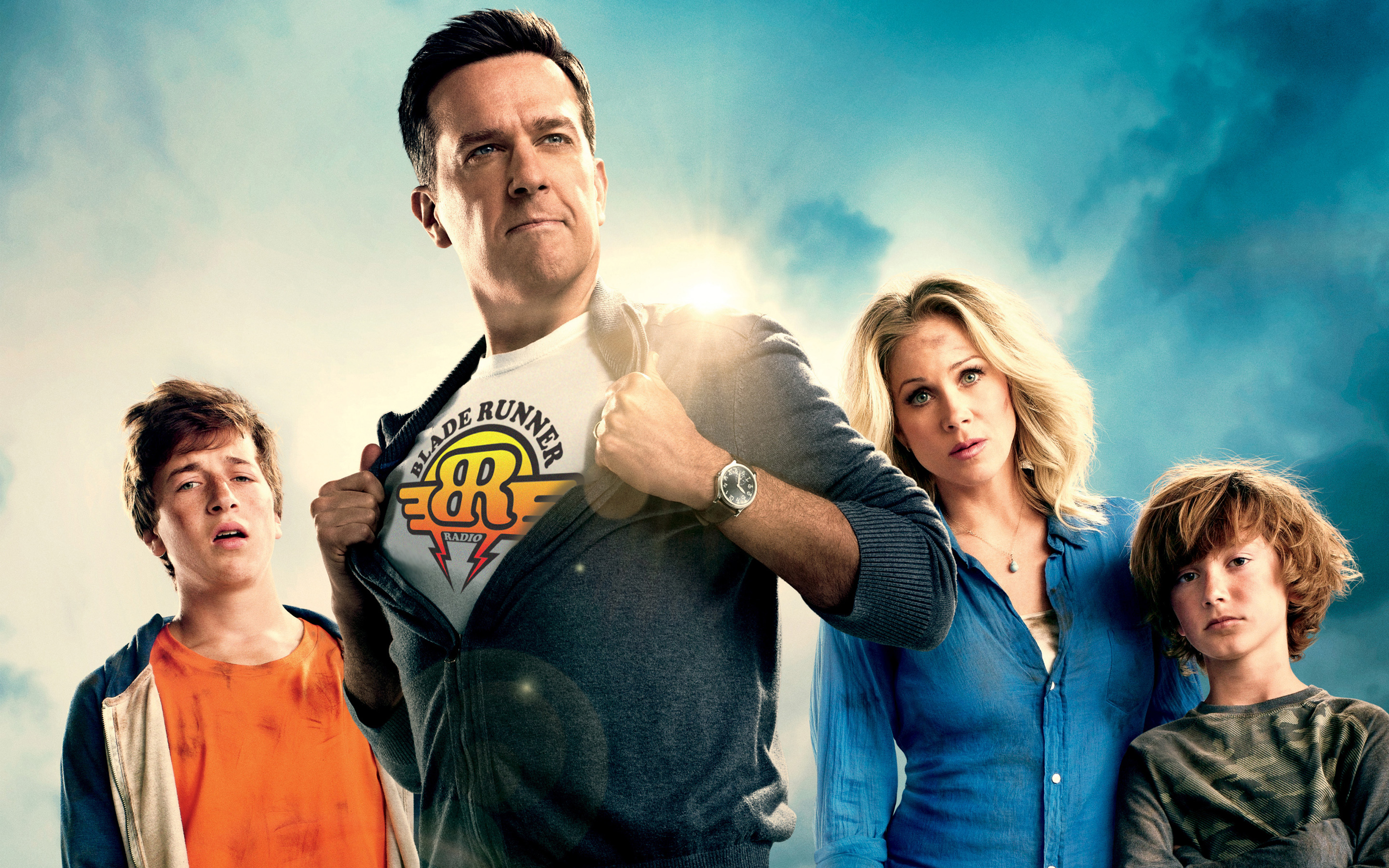 VACATION 2015 The Bladerunner Radio Review (Critics can Suck It Version)

Spent an adult weekend in Branson Missouri a few weeks ago with some good friends. Since most of the actual celebrity entertainers have moved out of Branson and have all been replaced with celebrity impersonators, the four of us decided to just go see a movie. There wasn’t a great deal of must see flicks there, but was happy to see they were showing the new Vacation film.

Everything I’d seen about it looked just as dumb and funny as previous incarnations of the movie, and fittingly, It was duly noted by our friend Jay, that we were actually seeing “Vacation” while on vacation.

Surprisingly, I enjoyed the movie, and laughed harder in some places than I had ever laughed at any of the Vacation films to date. I say “surprisingly” because when I saw Christmas Vacation at the theater when it first came out I was way less than thrilled with it. Of course over the years it has become a Christmas staple in the family holiday viewing, but definitely took a few years to warm up to. Still can barely stand watching European Vacation, just due to the Rusty and Audrey portrayals more than anything, but if there’s nothing else on, I can roll with it. Vegas Vacation is more watchable just because Marisol Nichols is without question… the hottest Audrey of all time.

I watched this new Vacation as it was meant to be watched…a continuation of the story line. I didn’t watch it expecting the old Vacation…I watched it as Rusty, now a grown ass man with his own family, taking his kids on the same type of vacation his father Clark did, and if you remember from Christmas Vacation, Clark’s Dad did before him. “With a lot of help from Jack Daniels”. It was a little hard not to compare the adventures on occasion, the new “Family Truckster” and the like, but still…this was a new Vacation, as cleverly pointed out by Rusty fairly early on in the film.

There really could not have been a better choice for Rusty than Ed Helms. He was a perfect fit for the part. There were several times in the film where Rusty was having his family talks with the kids, or his wife, where if you closed your eye’s for a second…it actually sounded exactly like Chevy Chase delivering a similar comment as Clark W. Griswold. And it should…he is supposed to be Clark’s son. This movie is about Rusty and his family, and Rusty is the kid who saw it all under the faithful, and sometimes unstable tutelage of his father Clark W. Griswold. “We needed a coffin…uh…a Christmas Tree” In that context, you can see why and how things went the way they did in the storyline of the movie.

One thing I would have liked to see in the film is people randomly cross referencing Rusty’s past with him. His cousin from the first movie could have popped in a text message “You still bopping your bologna?”, Maybe the German boobie girl from European Vacation as the woman on Rusty’s plane, or someone walking by him randomly recognizing him and shouting out “Papagergio!”, it would have been funny for me to see them tie all the Rustys together like that.

I did think Christina Applegates character was a bit under used, but almost in a Beverly D’Angelo style homage. Their two kids I could have easily done without. The little cussing kid, seriously would have slapped the shit out of that kid 2 seconds into the film…and the other kid was a just a complete flat out pu–y. Even when he had his moment of comeuppance in the film where you were thinking…”Yeah…this is it! REVENGE” he still screwed it up, and was left even more pathetic than before. The Chevy Chase Beverly D’Angelo cameo’s were cool and necessary…but also a bit frightening and sad.

I thought Chris Hemsworth was awesome in DRIVEN, and I think that’s actually the first time I saw him in a film. I think he is definitely going to be the next biggest star (Clooney/Pitt) on the planet. As Audrey’s husband his Texas accent was annoyingly bad, but I think/hope he played it that way for the film, he’s way too good an actor not to get that simple dialect right. I did have to agree with Rusty on the Chris Hemsworth character however…’showing off his 6-pack’ like that…whatever.

Overall…in context of the movie…I thought there were some pretty funny, pretty clever scenes shared in the spirit of the Vacation franchise. Parts of it were a bit raunchy, some a bit disgusting…the whole cow/cannibal thing, just didn’t dig the “humor” of that at all, but didn’t base the overall movie on the few parts I didn’t particularly care for.

After the movie was over, I wanted to get a little more out of the film, so I thought I’d look it up online and just see what else what out there, and what other people were saying about it. I was not surprised to find the critics hated the movie, and for all the reasons I figured they would. In the Obama-era of over the top overcompensatory political correctness, each critic of the film stood in line to rubber stamp their obligatory “hated it/too cool for the room” routine.

One thing that was really annoying about the critics was the way they ALL had to try and decipher the place of this Vacation movie in the family of Vacation films. They all spent way too much time analyzing if it was a “remake” or a “re-do” or a “reboot”. One critic even did the “Webster’s Dictionary Defines Remake as…” routine.

It is a new Vacation movie you dickwads.

The funny thing about the critics was how they all agreed that the movie was raunchy, and vulgar. They were all put off with the “violent, implied death” scenes. One that I laughed at until I cried (Christy Brinkley homage…possible spoiler) And most of these critics cross referencing the original Vacation as they make this assessment, and tear the new Vacation apart.

Here’s the Bladerunner Radio take on that…1983’s Vacation was reflective of 1983. 2015 Vacation is reflective of 2015. 2015 IS a little bit more vulgar and raunchy, than 1983. This movie is more about art imitating life, JUST AS THE ORIGINAL WAS DURING ITS TIME PERIOD.

1983 Michael Jackson, as a black man debuted the “MOONWALK” on National television.

2015 Michael Jackson, as a white man and repeatedly accused pedophile, was dead of a drug overdose.

1983 Bill Cosby was on set rehearsing his role for the upcoming debut as lovable father figure Cliff Huxtable on The Cosby Show.

1983 average American Kids distraught over the video game crash, went outside and played.

2015 American kids distraught over everything on average, went outside and kill fellow students in multiple school shootings.

1983 Television shows did not show toilets or sex.

1983 OJ Simpson inducted into the College Football Hall of Fame.

2015 President of The United States…politician poorly acting as President.

I think it’s fair to say that 2015 Vacation is a product of it’s time. No more raunchy or vulgar than anything you can now see online, or on TV. I think it’s also fair to say, if you are going to compare this Vacation with the first Vacation…you have to do it on it’s own playing field.

If you liked any of the previous incarnations of VACATION…go see this one…and watch it as it was meant to be watched…the continuing adventure of the Griswold Family…Rusty Style!