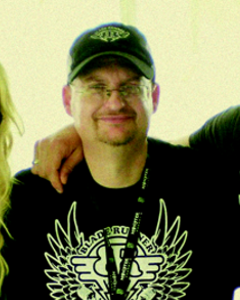 Music has always been around me growing up, my Dad went to high school with Buddy Holly and Waylon Jennings and there was always a radio playing around me for a long as I can remember.  I grew up hearing those guy on the radio and thinking that was the coolest thing in the world you could do for a living.

Fast forward a few years to high school…pretty sure I knew what I wanted to do,  just not how to get there from here. I looked up the address of the local radio station my parents listened to and thought to myself  “I’ll just go ask them how to get started”, man I had no clue. I drove up to that station, and as you walked in, you could see into the control room, and on that day I met my first mentor; Jack Elliot.  There was a phone line that went into the booth,  he pointed at the phone and I picked it up said “Hi… I’m Donnie and I want to do what you’re doing… how do start?” He replied “Come on down, let’s talk”

Jack and I talked about 45 min during breaks in his show and by the time we were done, the biggest part I took away was…”You’re not going to get rich, your going to work like a dog, and there will always be someone who thinks they know better…but you will have fun, be happy, and meet new people”. He then told me find somewhere that will take you on part time and watch everything you can and be available because you never know what could happen.

So I took his advice and landed my first job at a small Christian FM station in town. I was a “volunteer” I played Christian Metal on the Midnight Shift. I then ended up on an internship at another local rock radio station KRXO. After that a few jumps around town at another rock station and finally a local country station.

One of the most interesting points in my career…

Wednesday morning, April 19th, 1995… I had just gotten off the air at 6 a.m. The producer for the morning show, called in sick. The morning girl Shayna, asked if I could stay and help her out…I said “No problem”. I wasn’t tired, and I just thought, “more time in the studio for me!” 3 hours into this show…the whole world had changed…The Oklahoma City Murrah Building Bombing. I spent the next two weeks babysitting the broadcast van, about as close to Ground Zero as possible. That two week period of time, changed my life forever. As that wound down, exhausted, the last thing I wanted to do after those 2 weeks was radio…ever again. So I turned in my notice, and walked away. I look back at that as one of the biggest regrets in my life. I loved radio.

After a few years break from the business…I got the bug back and picked up another radio job at country station KKNG. I spent some time in promotions, and board op stints just to get my foot back in the door. Seems like you always end up starting over in this buisiness, over and over again.

A few years ago…a guy that I have known for almost 20 years in this nutty damn radio business comes to me one day and says…”Hey I’ve got this crazy idea about starting a new rock radio station, that actually rocks…would you want to be part of it?” You can probably guess there was a resounding “HELL YES” from my end of the phone line. I am officially the Bladerunner Radio concert correspondent doing interviews and schmoozing the rock stars both signed and unsigned. I have a strong passion for independent and unsigned artists. So look for me wherever Bladerunner Radio is found.